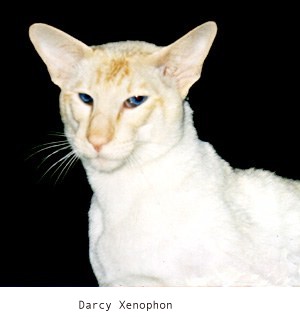 I am put out beyond all get out by a story about how five innnocent meerkats got put down. The Minneapolis Star Tribune reports:

A family of five Minnesota Zoo meerkats destroyed after a girl was bitten did not have rabies after all, a zoo official said Friday.

The 9-year-old girl, who has not been identified, was bitten Wednesday when she reached her hand into the animals' exhibit.

The meerkats -- two mates and their three offspring born this spring -- had been vaccinated for rabies but were killed because the girl's parents didn't want her to have to undergo a series of rabies shots, said zoo collections manager Tony Fisher.

This is an outrage. I ask you, how can a 9-year-old human be so stupid as to stick her hand into a pen full of wild animals, and how can her so-called parents be so stupid as to let her do it? What were they, downloading ringtones from Ghana or something? Checking their Blackberries for spam about cheap internet mortgage offers? Or were they trying to get their knock-off Rolexes working--you know, the ones they got after answering this spammer's ad:

Ahem. Where was I? I may not be the most intellectual cat in the blogoverse--that would be Professor Katz--but I'm darn sure Katz will join me in saying these humans are just perverse. And how is this little girl going to live with herself when she's old enough to understand that she was responsible for this stupid murder?

Meerkats are a kind of mongoose, and it turns out that they're probably smarter than a lot of humans. Wild meerkats live in Africa's Kalihari Desert. According to Wikipedia, meerkats have a highly evolved social organization. The live in tribes--known as "gangs." They've been seen caring for the babies of other meerkats in their gang, feeding and grooming them, and each other. Some say they even have games, sort of like the human Olympics.

Meerkats even have a place in African folklore:

According to African popular belief (mainly in the Zambian/Zimbabwean region), the meerkat is also known as the sun angel, as it protects villages from the moon devil or the werewolf which attack stray cattle or lone tribesmen.

My dear cats and catted ones, I hope you'll all join me and Katz in expressing your disgust at the wanton destruction of innocent meerkats.