Not at the Y, today (the hunt) 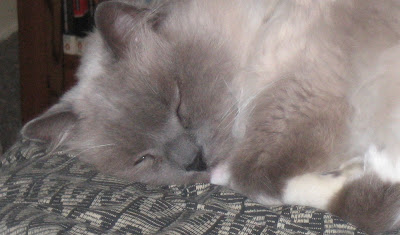 My recent activities have revolved around napping. Meanwhile, the humans seem to have spent time several days a week at "the Y." Since they are always hungry and thirsty when they return from "the Y," I guess they are doing a lot of hunting. (That is what I wish I were doing right now!) But, you know, the fact that they return hungry and thirsty means that they are not very good hunters.

It's a good thing that they have those plastic card things that let them buy food for me and them, 'cause they're obviously bad hunters!

The Friday Ark is up at Modulator. Sunday's Carnival of the Cats is hosted by none other than Laurence Simon. 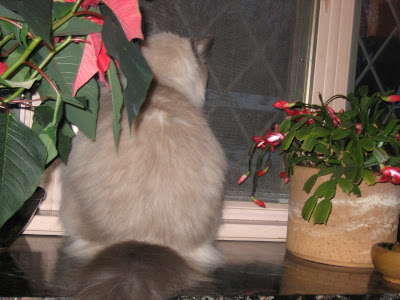 When decorating your house for the holidays, do include a variety of seasonal plants, such as the poinsettia and Christmas cactus. Just don't forget to leave room for a pear-shaped cat! 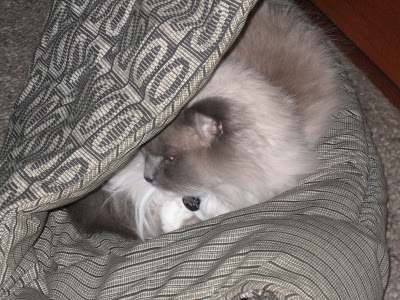 In case you missed my Winter Solstice poem, here it is again:

Later, they’ll go to bed and dream
Of peace for earth and all its creatures
While I keep watch throughout the night
My eyes refracting paradise.

The winter solstice takes place today or early tomorrow morning. Here in the North American Central Time Zone, it will be at 12:08 a.m. December 22. Lots more about the Solstice is at Candlegrove.

Visit all the other creatures at Modulator's Friday Ark. Missy, KC and Bear will host the Carnival of the Cats on Sunday.


This is a very exciting day! For two years, amanuensis has been searching high and low for a recording of The Yule Cat sung by the Icelandic artist, Bjork. And here it is!

In Icelandic, the Yule Cat is Jolakotterinn. The song apppeared on the compilation album Hvít Er Borg Og Bær in December 1987. Bjork was in the band called the Sugarcubes at the time.

Thanks to a fan of Bjork's music, here's an English translation of the lyrics. The translator seems to be unsure whether the Yule Cat was male or female, but you get the idea that he (or she) liked to eat children! Arghh!

He waved his strong tail
he jumped, scratched and blew
and was either in the valley
or out on the headland

He walked about, hungry and mean
in hurtfully cold christmas snow
and kindled the hearts with fear
in every town 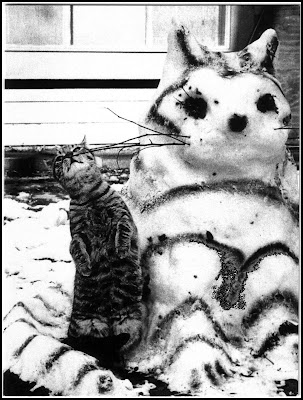 My daemon, Kyana, is supposed to be a reflection of my personality; after I answered 20 questions, I learned that I am "modest, assertive, competitive, and a leader." Modest? Moi? Who are they kidding? 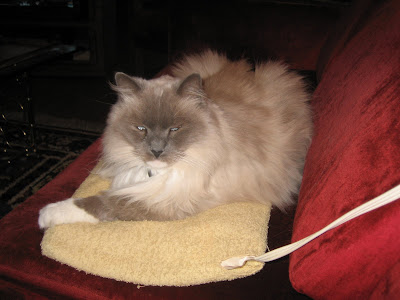 I am thankful that my human has left the gently heated pad on the couch! Now that winter is here, it's my favorite place to sit.

Visit the Friday Ark at Modulator. Carnival of the Cats this weekend at Bad Kitty Cats!