Ain’t he pink? Katz and the Red Dwarf 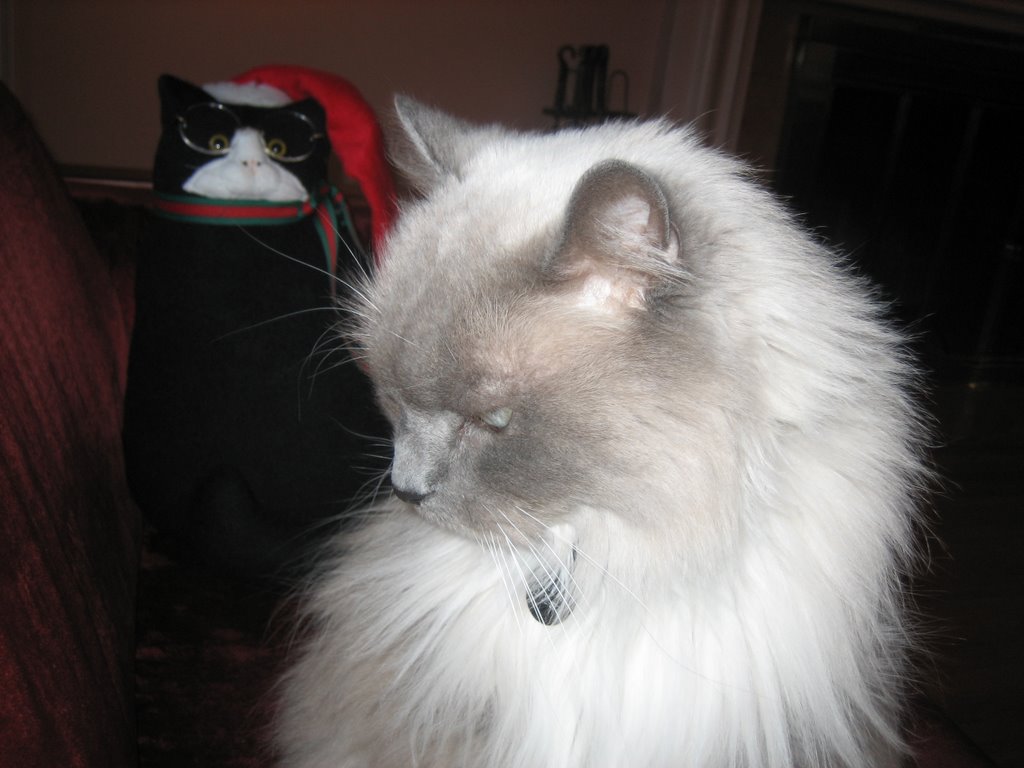 Yo, cats and catted ones! Happy New Year!

I’ve got a new obsession, and it’s sure nice of my good buddy Katz to be the model. But ain’t he supposed to be pink?

Now, I know you're confused. But sniff these words, cause I just found out that's how cats read.

I found this out from an old BBC comedy sci-fi series called Red Dwarf. For those who never heard of this, here’s how the series started out:

The mining ship Red Dwarf is a spaceship 6 miles (10 km) long, 5 miles (8 km) tall, and 4 miles (6 km) wide belonging to the Jupiter Mining Corporation. In the first episode, an on-board radiation leak kills everyone except for low-ranking technician Dave Lister (a genial Liverpudlian slob, albeit a more intelligent one than is initially apparent), who is in suspended animation at the time, and his pregnant cat, Frankenstein, who is safely sealed in the cargo hold. Lister had smuggled Frankenstein aboard the ship following shore-leave on Titan, but had been caught in possession of the illegal life form and chose to be sentenced to eighteen months in stasis imprisonment rather than surrender his pet to be dissected. Following the accident, the ship's computer Holly has to keep Lister in stasis until the background radiation dies down — a process that takes three million years. Lister therefore emerges as the last human being in the universe — but not the only life form on-board the ship. His former bunkmate and immediate superior Arnold Rimmer (a fussy, bureaucratic bully obsessed with rank and rules, who is at heart a neurotic coward), is resurrected by Holly in holographic form after the accident to keep Lister sane, while a creature known only as The Cat is the last known surviving member of Felix Sapiens, a race of humanoids that evolved in the ship's hold from Frankenstein and her kittens during the millions of years that Lister was in stasis.

Now, if you get a copy of the DVD, or if you tool around on your thingpoddy over to the official Red Dwarf site, or look it up on Wikipedia, you can find out a lot more about The Cat. The Cat had a lot of different incarnations, and in one of them he even shows up as “a wise professor who finds it ridiculously easy to pronounce profoundly long words.” Just like Katz!

But wait, there’s more: over at Groovetown, you can listen to a bit ‘o The Cat, and a smooth MP3 of Me and My Shadow. Which is what started all of this out: Katz was trying to get away from that new cat of his, but that cat's a shadow.

If you're confused, just rent the DVD, my good cats and catted ones! I'm outta here!