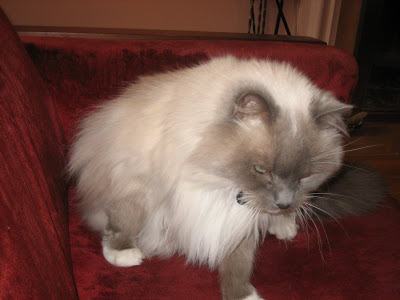 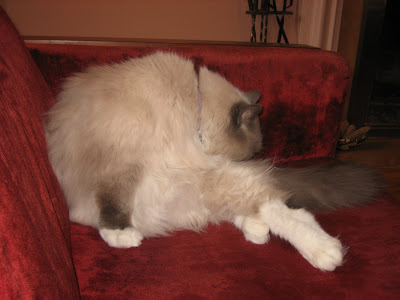 From time to time, I've come up with new words for my vocabulary, such as "catted" and "cattitude." It's not that other cats haven't used those words before and since, it's just that--as a feline with a Master of Feline Arts degree--I enjoy learning things. So here's my word of the week: Purrsistence! Felines rule, do they not?

Ask the cats at the Carnival of the Cats, hosted today at Friends FurEver. 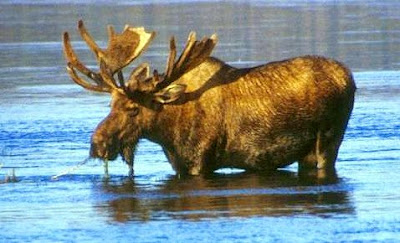 I find it hard to believe that humans hunt moose, but they do it here in Minnesota as well as in Alaska and other places where there are more hooves than humans. Moose have been in the news, of course, because the woman who is running for Vice President claims to be able to field dress one. In case you assume that field dressing means putting on its orange hunting costume, be assured that it does not. Ahem!

What I didn't know about hunting moose could fill an encyclopedia. But a friend of my humans wrote an article that explains quite a bit:

Most Minnesotans are only a generation or two off the farm and nearly every Minnesotan knows somebody who still lives and works in farm country. Most Minnesotans have also eaten their fair share of venison chops and venison sausage and the notion that somebody who knows how to field gut a moose should automatically be propelled to the status of potential presidential material seems a little ludicrous to the average Minnesotan. Granted, a moose is a tad bigger than a deer, but the field dressing concept is basically the same. The difference being that one may have to immediately quarter the moose just to carry it out of the woods one quarter at a time or one quarter per person. That is one of the reasons why Minnesota moose licenses are passed out in fours: one moose for four hunters. People who know anything about hunting (which includes most Minnesotans) realize that Sarah Palin very likely did not field dress that moose by herself, unless the other members of her hunting party just sat around laughing and saying “let the maverick do it alone.”

Now I'm going to sit here on my table until dinnertime, and I hope it's not mooseburgers. 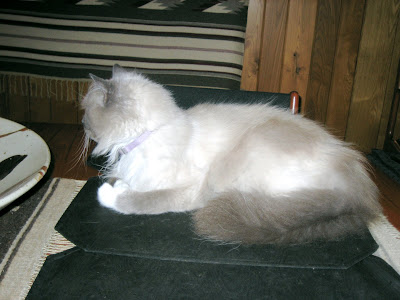 Check out the Friday Ark at Modulator for more fascinating critters.

It's my Gotcha Day! 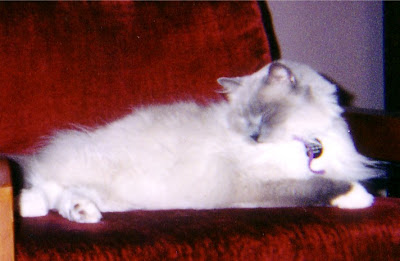 On September 12, 2002, I came to live in my new home. My male human brought me home after one of his co-workers said that the man I was living with had to give me up. In this picture, taken a couple of months later, you can see that I have made myself at home.

Here are some of the things I love about living here with my humans:

--Sitting on the patio in the sunshine

--Sitting on the dining room table

--Sleeping next to my humans on their bed

--Sitting in their desk chairs

--Having my own blog

--Getting comments from other cats and their humans

--Being told I'm the most beautiful cat in the world

--Having two human servants to see to all my needs

Now I'm going to jump on board the Friday Ark, and on Sunday, I'll see you at the Carnival of the Cats, hosted by Artsy Catsy.