Cats can right a falling economy


Lots of humans are sitting around caterwauling about how their economy is in free fall. Well, maybe it's time they turned the economy over to us cats.

Cats have a natural ability to recover from falls. We know how to roll gracefully and how to get back on our feet as smoothly and quickly as possible. We know how to clean up our own messes, too, something that humans seem to have a heck of a time learning. Wouldn't it make sense, then, for cats to run the economy? I certainly think so. What do you think? 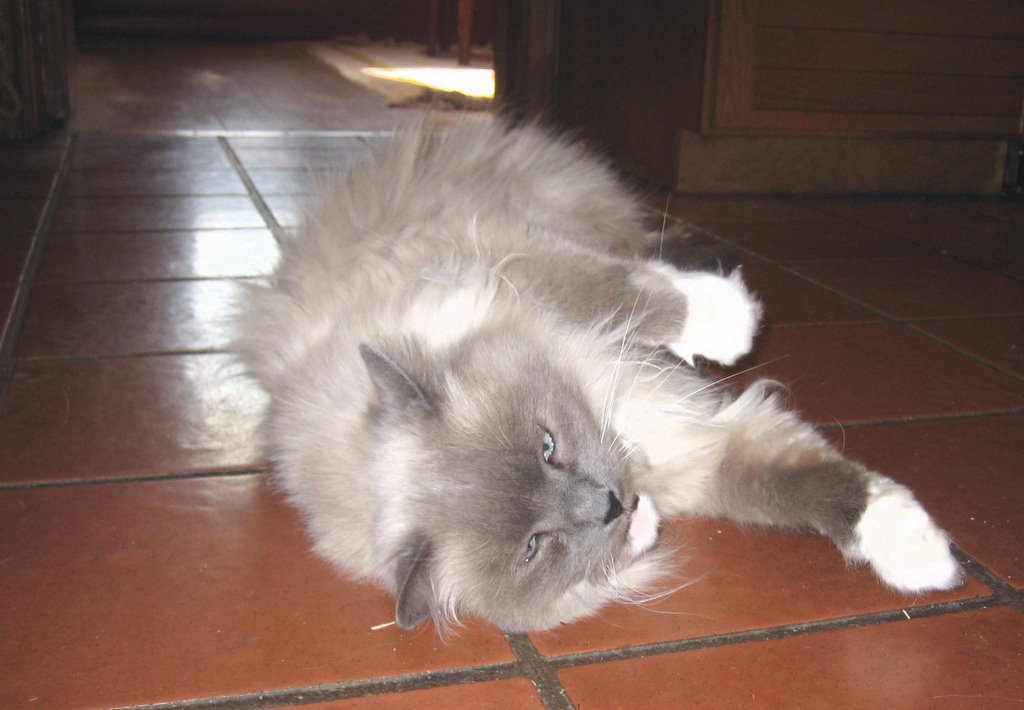 "An actor is never so great as when he reminds you of an animal - falling like a cat, lying like a dog, moving like a fox."

This week's Carnival of the Cats will be at Artsy Catsy on Sunday. 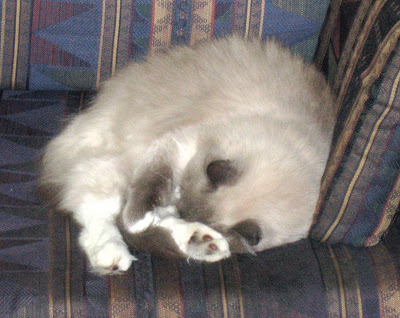 A pear-shaped cat whose proclivity
Was to maximize his productivity
Got an excellent start:
He perfected the art
Of militant couch inactivity.

Today's Carnival of the Cats will be at When Cats Attack! Don't forget to celebrate Mardi Gras on Tuesday. You know I'll be doing that.

Socks has left the building 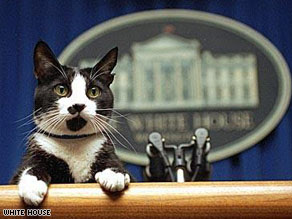 I was sad to hear that Socks, the debonair tuxedo cat who lived in the White House during Bill Clinton's two terms, has passed away. Socks was a crowd pleasing cat who reportedly liked to perch on the President's shoulder. We will miss him very much.

Today's Minneapolis Star Tribune has a feature about wild cougars in Minnesota. The handsome cat above was caught on film in 2007 by a stationery camera set up near Floodwood, Minnesota. But, according to the Department of Natural Resources, the wild cougar population is very small in our state, maybe only two or three individuals. Apparently humans can easily mistake other species for cougars. Last month, someone near Elk River captured something on video that they thought was a cougar, or cougars. DNR scientists say that what the video actually shows is a house cat and some foxes.

A house cat mistaken for a cougar? That's pretty wild. I'm really glad that I do not go roaming around in the woods at night--or any other time. Some silly human could get spooked by my huge, fierce hunting presence, and who knows what would happen? Even though it's illegal to hunt cougars, there are quite a few stupid humans running around who are willing to flout the law.

Then there are those humans who only pretend to hunt, and like to joke about it. Some of them have been circulating a photo of a very large, very dead cougar in the internet, claiming it was killed in Minnesota this winter. The only problem is that it wasn't killed here; the poor cat was killed several years ago in Washington State.

If you read down in the comments on this article, you'll find several from humans who vow that they have personally seen real cougars, as well as some from people trying to make jokes about "cougars"--women over 35 who pursue younger men. The whole subject seems to attact humans who lack a sense of humor.

Get on board the Friday Ark at Modulator.

I wish all you cats and catted ones a happy Valentine's Day!

And happy Valentine's Day to all creatures. 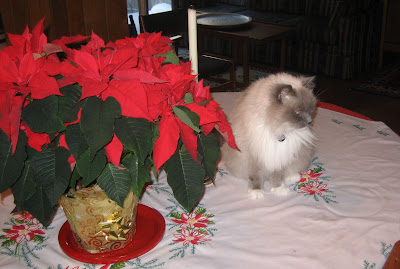 I'm afraid I've been sleeping too much to blog very often. That's winter for you. There have been a few entertaining interludes, though, like posing with this big red poinsettia that has survived since December.

An even better distraction: squirrel watching. Our neighbors sure seem to like feeding the darned little tree rats. I love to watch them hanging upside down--the squirrels, not the neighbors. 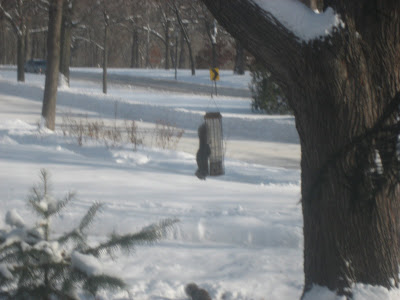 And if the squirrels aren't available, there's always the Carnival of the Cats, hosted this week at Pet's Garden Blog.

Ever since I first heard the story of the story of Kajeeka and George, two rescued lynx who bonded at the Wildcat Sanctuary in Sandstone, Minnesota, I have just fallen in love with these two. A donation to the Sanctuary lets you send a unique gift of lynx love to your Valentine. But hurry! You have only until tomorrow, February 7, to order in time for Valentine's Day delivery. Even if you miss that deadline, a donation will help to keep these wildcats and many others safe.

Kajeeka, left, and George, right, both Canadian lynx, share an extremely unique bond at the Sanctuary. Both originated from a fur farm and both had health issues due to inbreeding. Right away George let us know that he was Kajeeka’s protector. She arrived deaf and blind in both eyes, so when feeding time came she relied on her hearing and sense of smell. George would always place himself between the keeper and Kajeeka. No matter how close she came to the enclosure wall, he stood on guard, warning us with his low growl.

George came with a bad knee and it soon became hard for him to get around. Knowing how important it was for him to care for Kajeeka, we knew something had to be done. Sadly, the only solution was to have his leg removed. At almost the same time, Kajeeka’s left eye became infected. We knew since it wasn’t functioning it would be much more comfortable for her to have it removed. Both recovered remarkably fast. Their disabilities don’t prevent them from playing, climbing perches or wrestling in a box filled with catnip. But their favorite pastime is curling up together for an afternoon nap. They enjoy each other’s company so much, they’re inseparable – companions for life!

Their sweet story is a perfect display of true love for this Valentine’s Day! Show someone you love them by sharing George and Kajeeka’s story of ‘Lynx Love.’ Your gift of compassion can be shared with a loved one for a $25 donation. We’ll send you or your loved one a ‘Lynx Love’ Valentine greeting card with this fullcolor photo of George and Kajeeka and their story of love. The inside message also tells the recipient that a donation was made with love in their honor.